Nearly 40 youth and adults traveled to Mt. Shepherd Retreat Center in Asheboro, NC for our Winter Mountain Weekend on March 2 – 4.  The theme of the weekend was “The Gospel According to Earth“.  Students reflected on how their relationship with God is influenced by their relationship with creation, the world that has been formed by God around them.  The students discussed the theme in student led small groups throughout the weekend, as the 12th-grade students led discussions amongst their peers.  They reflected on how they can know God from looking at the world around them.  They talked about how they can love the earth because God loves the earth.  They thought about where their food comes from.  And they were encourage to be advocates of love for the earth in their own lives back in Raleigh. 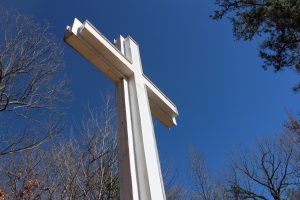 Additionally, the students enjoyed a variety of activities at Mt. Shepherd Retreat Center.  They participated in a low ropes team building course, where they had to work together to complete tasks as a group.  They went through a high ropes course, learning to push through their own fears.  They hiked all over the mountain, including the tower climb where they could see for miles around the camp.  They also sat around the retreat center for times of personal reflection, simply being in God’s presence. 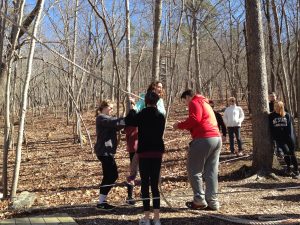 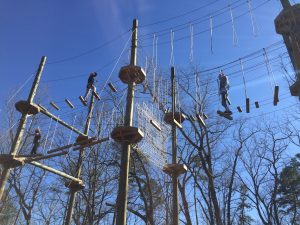 Mt. Shepherd Retreat Center was a wonderful host for the event.  Special thanks to the Camp Director at Mt. Shepherd, Josh Britton, for leading the retreat while hosting for the weekend.
Thank you to all of the adults who helped to organize the weekend and especially to those who went along.  It was a meaningful weekend of fellowship, challenge, and reflection, as well as a time of connecting with God through being amongst God’s creation. 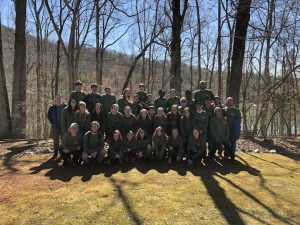